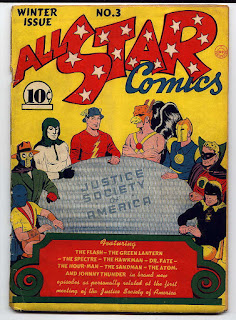 This issue is the first appearance of the Justice Society of America as a super team. The team that inspired creators to form the JLA, Teen Titans, The Avengers, Fantastic Four, X-men, and yes, even the Inferior 5!! 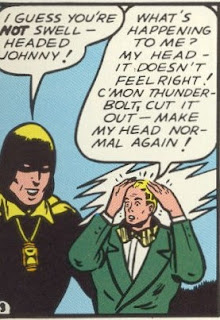 Johnny's power always seems to get him into trouble! 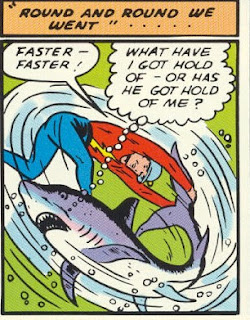 A tiger shark is no match for the Flash. 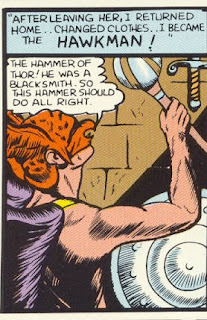 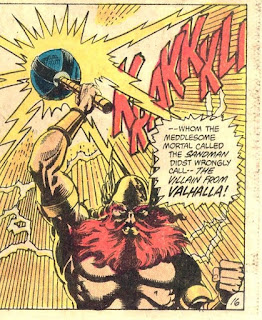 OOM the Mighty is also a character that reappears in later All Star Squadron stories. 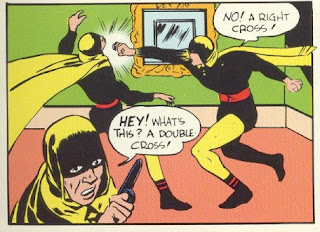 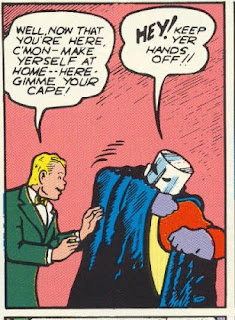 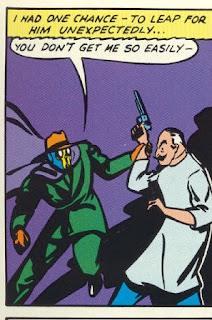 The JSA frowns upon insurance scams! 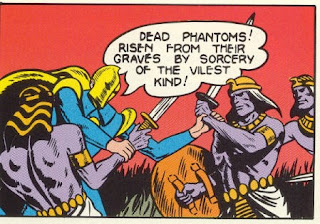 The Atom knocks himself out in this issue....Classic 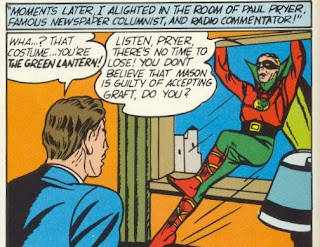 The Green Lantern stops a crime spree and corruption!

Bonus panel... Where was Ma Hunkel for all those years??

Posted by The All-Star Comics Review Podcast at 10:14 AM 3 comments: 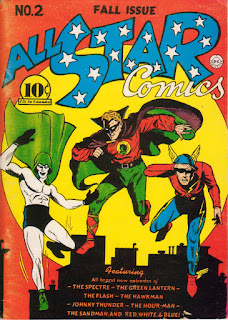 In this issue I cover several stories from All Star Comics issue 2 from 1940.

In the first story, we watch the Hawkman attempt to save a kidnap victim from Nyola and her Aztec followers.

Nyola as she appears in All Star Comics # 2, and decades later in All Star Squadron issue 53. 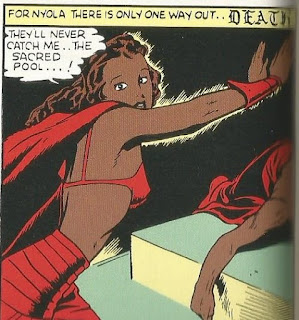 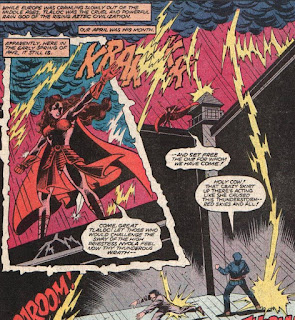 As I mentioned in the show, this story displays some excellent golden age art. 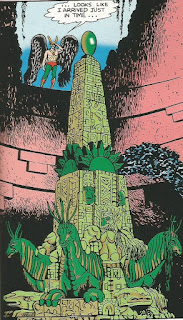 Next, Green Lantern uses his magic ring to take on BaronVon Zorn and his rampaging Robot Men.

The Spectre battles his most powerful foe, Kulak!!

Check out Kulak in his golden age appearance, as well as as his 1980's appearance from All Star Squadron 27-28. 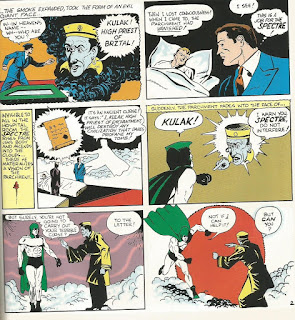 Another golden age great, Sargon the Sorcerer's ring was carved from the same gem as Kulak's Ring of Life. 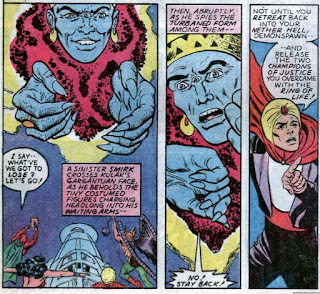 Ahh Sandman, you always seem to be on the verge of defeat. Listen as Sandman somehow pulls out a victory against a villain who uses science and radiation to rob banks.

Johnny Thunder makes his first appearance in All Star Comics in this issue! Every time he uses his powers, I think of the Cars 1984 song "Magic" because of the lyrics "Uh oh, it's magic".

Hourman is able to overcome a crooked spiritualist, with the help of the boy Minute Men of America.
Apparently, in the 1940's, it's a common occurrence to throw kids at dangerous crooks.

Check out my favorite panel of Hourman spinning a giant crook like a helicopter. Minute Man Thorndyke was always easy to spot because of his hat and turtleneck sweater. He also appears decades later in issues of Young Justice as a member of...ahem....Old Justice. 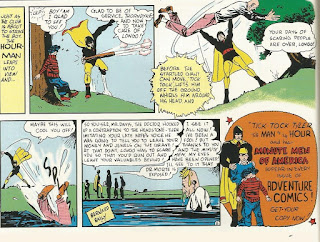 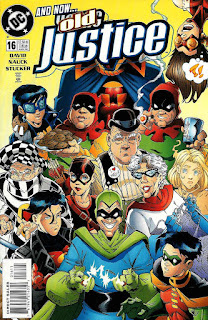 The Flash wraps up the issue/episode as he saves the staff of a newspaper, who are being held captive by some goons who are looking to take over the newspaper in the most hostile takeover ever.
I didn't post any Flash pics in this post, because I have a feeling that he will get a lot of attention next month, because that episode is a biggie!!!

Posted by The All-Star Comics Review Podcast at 10:09 AM No comments:

As I discussed towards the end of episode 1, why hasn't someone retconned that Pat Dugan(Stripesy) and Red Dugan of Red, White, & Blue fame, are relatives? 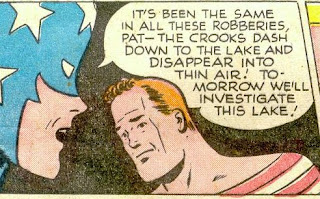 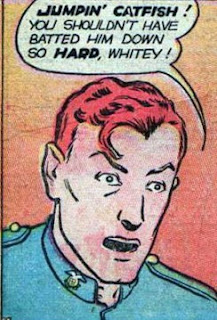 I am all for an intercompany crossover so Dum Dum can team up with his cousins to fight Nazis.

Just an FYI, if you are really interested in the golden age characters I discuss in the podcast, you should get a copy of the All Star Companion. 4 whole volumes of golden age goodness! 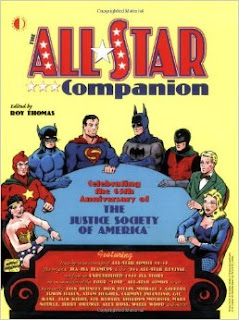 Posted by The All-Star Comics Review Podcast at 8:21 PM No comments: 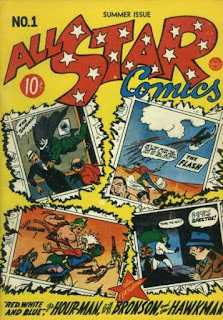 This first episode covers the adventures of the Hawkman, Sandman, The Flash, The Spectre, and the Hourman! Sorry, Gary Concord, Biff Bronson, and Red White and Blue fans, there is no love for you as i skip these segments because they are not JSA related. Plus, is there a hidden connection between The Star Spangled Kid and the Red, White, and Blue characters?
Posted by The All-Star Comics Review Podcast at 4:18 PM No comments:

Listen and enjoy this new podcast that recaps and reviews the golden age adventures of the Justice Society of America and other DC Heroes of the 40's.Coming soon!


Al
Posted by The All-Star Comics Review Podcast at 11:42 AM No comments: